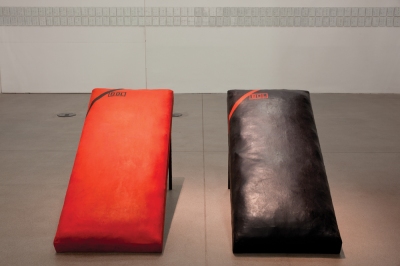 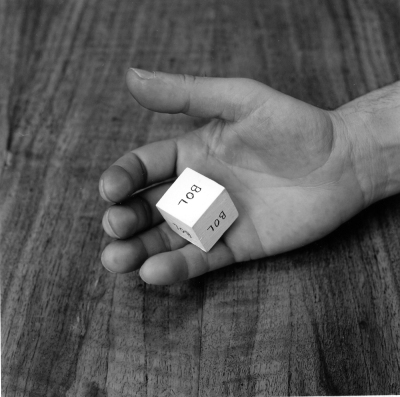 The game of Pain, 1977
For one player, a die is rolled when one wants to, the game lasts seven minutes.

ON POWER, PAIN AND…

… when I say power, I am not only thinking of the power of the state and of its institutions but also of the hundreds of different powers that become intertwined, coming from different sides.  They come from states and from individuals, from East and West, from “friends” and from the administration. These powers are to be found everywhere: in the newspapers, in language, in the arts, in the “given freedom”, in the truth and in my fear.

I have always wanted to write how subtle power was. And I did. Power is cynical, occasionally subtle (can that be) but more or less crude and open. Power is characterized by the total ignorance of others. That cynicism of power is caused by not knowing about things and even the desire not to know.

In the middle of the day it (power) says good night and looks me in the eyes and I feel ashamed for it. I know that one day I shall repeat good night (for one learns by repetition even unconsciously), but through repetition one does not learn only to repeat but also to forget.

When I say pain, questions are immediately raised: what pain, whose pain, wherefrom the pain, as if pain had to be explained, analyzed. There’s nothing to be explained…. the pain is there. 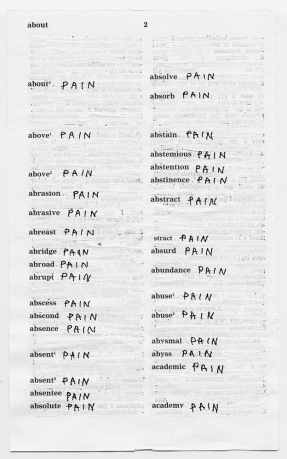