DOES THE WORLD SEEK A WHITE, TOTAL, LASTING ABSENCE?

In reference to the lines by Spanish poet Jorge Guillén “Does the world seek a white, total, lasting absence?” Mladen Stilinović titled his cycle of works White Absence. What is the color of pain, the artist asked himself in the early, war-torn 1990s in Croatia. “White is the color of silence, very intimate, and pain is an intimate thing”, says the artist and spreads white across paintings and objects encompassing various concepts; that of silence, emptiness, absence, pain, poverty and the absurd …. His works are interspersed with verse by Paul Celan and Osip Mandelstam, thoughts by Emil Cioran and Marcel Duchamp that focus on pain, sorrow, naming, death; they often refer to ideas of Kasimir Malevich presented on his canvas «White Square on White Background», evolving ar and culture themes .. The works are fragile, quick to achieve a patina of age, white, yellow and gray that soaks in time. Individual elements are arranged on the gallery walls in the manner similar to that used by Mallarmé to arrange verses on the page in his book Un coup de dés jamais n’abolira le hasard. The white space between the works creates intervals, emptiness is as eloquent as the works themselves. White objects are lost on the white wall, dematerialized by the monochrome and require additional concentration to establish the connection.

These works were made during the war in Croatia in response to a situation, tormenting for all, when the artist was unable to establish any rapport with political factors. The works are turned inwards, to individual experience, and reflect impotence. Stilinović has always worked with language, paricularly with the direct impact of the language of politics on the language of everyday life and art. Manipulating the language of politics and the symbols of communism he provided a provocative, yet subversive and cynical criticism of the society.

White paintings do not contain anything subversive; they are poetic and, refraining from politics, they speak of what we cannot speak about. And “What we cannot speak about we must pass over in silence”. Silence has therefore overpowered the narrative. In his Philosophical Investigations Wittgenstein said: “You learned the concept pain when you learned language”. The notion of pain can be spoken about but not transmitted. Language is above all communication, we use the language of conventions but the need to express something personal often leads to misunderstanding. The encounter between the individual and conventional languages may be painful. Thus Stilinović, like Handke’s Kaspar, learns by repeating: alphabet is pain, absurd is pain, algebra is pain …. 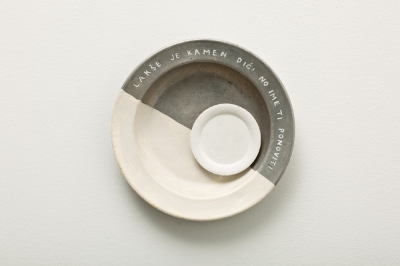 It’s Easier to Lift a Stone Then to Repeat Your Name, 1995 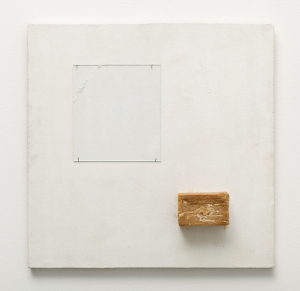 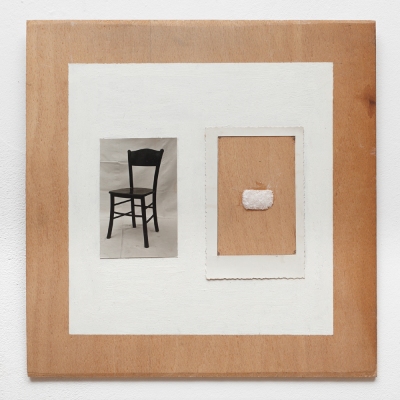 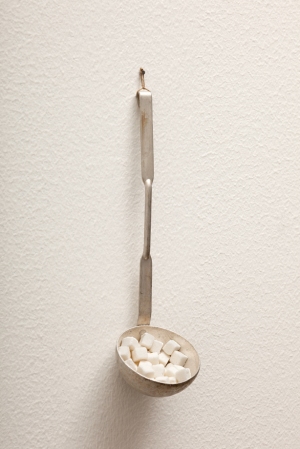