Primer 1, 2, 3, 1973 [the public is asked to read the words and images alowd/Vlaška Street/tailor Koledić Lovro] 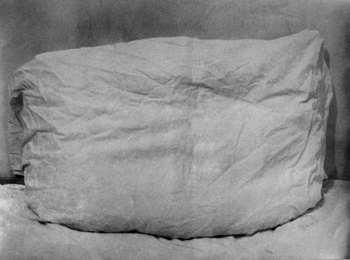 I recorded on one video tape what I thought none of the state TV stations would ever broadcast.

I recorded this tape from TV by turning off the TV set when I roughly estimated the tape would have been censured. I would show this tape while I erased the first one. I censured the script after recording (the text was erased with an eraser)